The future of Iran-related US Sanctions

Comprehending underlying geopolitical realities and economic trends in a volatile region is critical for navigating safely organisations through quickly changing environments. This applies particularly to medium- and long-term decisions related to Iran, as a prominent example for rapidly shifting political and regulatory conditions.

The unilateral withdrawal of the US from the Iran accord and simultaneous re-imposing of its sanctions against Iran, along with rising tensions between the US government and its Middle Eastern allies with Iran, raise the question of the future of the Iran sanctions from a medium to long-term perspective. Is there any sign of change visible on the horizon or even possible in the near future which could contribute to the stabilisation of the region? The below analysis attempts to draw realistic possible scenarios to the future of the Iran sanctions based on relevant economic and political determinators.

Recap on roll back of US sanctions against Iran and its legal implications
On November 5, 2018, the US finalised the decision to re-impose the full set of sanctions against Iran which have been lifted previously under the JCPOA based on the US President’s decision on May 8, 2018 to cease the United States’ participation in the JCPOA. Besides reintroducing primary and secondary sanctions targeting Iran’s key economic sectors such as energy, shipping and shipbuilding, and financial sectors, OFAC additionally sanctioned more than 700 individuals, entities, aircrafts and vessels. The US government’s strategy to implement the full-set of sanctions against Iran is to exercise “maximum financial pressure on the Iranian government and to enforce strictly the sanctions that have come back into effect”. The decision to re-impose the Iran sanctions was based on the US administration’s preceded threat assessment concluding that Iran’s vigorous ambitions as a regional power house in the Middle East is endangering vital US interests.

Impact of the US sanctions on the Iranian economy
The reintroduction of the full set of sanctions have had a devastating impact on the Iranian economy. The World Bank in its latest Global Economic Prospects report (published in January 2019) forecasts that the Iranian economy is likely to contract by 3.6 per cent in 2019. This is because the sanctions show their full repercussions, with a forecasted growth of only 1.1 per cent for 2020 and 2021, respectively. This comes on top of the estimated negative real growth of 1.5 per cent of the Iranian economy during 2018, which can substantially be attributed to the early 2018 looming US exit from the JCPO. This was then followed by the US President Donald Trump’s decision in May 2018 to withdraw from the JCPOA and to fully restore the Iran sanctions creating substantial political uncertainty to the future of reciprocal nuclear accord. Severely decreasing growth prospects puts Iran’s government under increased pressure to find alternative revenue streams, mostly by creative and sanction-circumventing business structures with traditional and new trade partners to mitigate some of the adverse economic impact. Iran’s crude exports haven taken a significant hit, falling from approx. 2.5 million. bpd in April 2018 to estimated 1.08 million bpd in January 2019 and 1.115 million bpd in February 20194, a decrease of almost 60 per cent of previous exports. Hence, the pressure on Iran’s fiscal budget and spending is likely to increase further in case the 180-days import waivers initially granted by the US Government to certain countries will not be renewed in May 2019.

The Iranian unemployment rate of around 12.1 per cent measured during April to June 2018 can be assumed to rise further, accelerated by the tremendous slowdown of the Iranian economy with no serious prospects of recovery over the next three years. Lacking investor and consumer confidence due to the enduring suffocating sanctions regime will curb investments and domestic consumption further and noticeably affect economic growth.

Political atmosphere in Iran post sanction re-imposition
Following the exit of the US from the JCPOA, President Rouhani-led government remains under enormous political pressure from Iran’s political hardliners, such as the Front of Islamic Revolution Stability, respectively the “Endurance Front”, which regarded the nuclear deal from the beginning as unfair and imbalanced giving the western signatory countries excessive control over Iran’s nuclear programme. Rapidly worsening economic conditions of the Iranian domestic market, widespread dissatisfaction with the political and religious establishment since early 2018 has sparked social unrest and turmoil across Iran. This is evident within large parts of the Iranian society emerging particularly in economically-neglected regions but also in wealthier cities.

Heightened military tensions in Syria between Iran and Israel are perceived as extremely worrying amongst large parts of the Iranian civil society. Even to the extent that there is a strong fear of imminent US and Israeli military actions against Iran. The anger of the Iranian civil society against its establishment is amplified by Iran government’s significant spending of approximately USD16 billion to USD 30 billion in Syria and its affiliated non-state actors since its engagement in the Syrian civil war in 2012. The funds missing in Iran’s government budget (Iran’s fiscal budget for March 2018 to March 2019 is equal to around USD350 billion whereby President Rouhani’s cabinet scaled up IRGC’s7 proposed budget by 42 per cent in addition to a 33 per cent increase of the defense budget, reported semi-official ILNA news agency) are for pressing domestic investments as a boost for the weakening Iranian local economy as well as subsidies and transfer payments for large impoverished parts of the Iranian society dependant on government support.

MID- TO LONG-TERM PERSPECTIVE OF THE IRAN SANCTIONS
The likeliness of a change in imposed Iran-related US sanctions would not only require a shift of the White House-pursued national security policies regarding Iran, based on a reassessment of posed threat levels for US interests in the broader Middle Eastern region but also accounting for Israel’s essential security interests.

The US perspective
During US Vice President Mike Pence’s speech delivered on February 14, 2019 at a conference in Warsaw, the US administration reconfirmed its persistent position on seeking to enforce extensively re-imposed sanctions by demanding the Europeans drop the nuclear deal with Iran and join in seeking to cripple the Iranian government.

According to recently published annual Worldwide Threat Assessment by the US Director of National Intelligence (“NI”) Daniel R. Coats on January 29, 2019, Iran is currently not undertaking the key nuclear weapons-development activities that the NI judges necessary to produce a nuclear device. The report states, however, that Iranian officials have publicly threatened toreverse some of Iran’s Joint Comprehensive Plan of Action (JCPOA) commitments and resume nuclear activities that the JCPOA limits — if Iran does not gain the tangible trade and investment benefits it expected from the deal. Beside Iran’s threat of reactivating its nuclear programme, the NI points out that Iran’s ballistic missile programmes, which include the largest known inventory of ballistic missiles in the region, continues to pose a threat to countries across the Middle East.

Given the above US government-pursued policies and NI intelligence assessment on Iran, it is unlikely that President Trump’s administration or a newly-elected presidentfrom the Democrats in November 2020, would change the US national security policy. Hence, the sanctions programme reinforced against Iran unless the Islamic Republic achieves to clear major US concerns and complies largely with the twelve demands of the US such asdeclaring a full account of the prior military dimensions of its nuclear programme to the IAEA, to stop uranium enrichment and end its proliferation of ballistic missiles among other demands.

Israel’s security policies towards Iran
Israel’s vital security interests are at stake more than ever with Iran’s and its non-state actors growing strategic military and intelligence presence in Syria and Iraq. The peak of the latest escalation between Israeli and Iranian military was on January 21, 2019, when the adversaries engaged in a direct and open conflict in Syria. Israel carried out extensive airstrikes in three waves claiming the lives of 21 Syrian and Iranian military personnel, including at least 12 members of IRGC. This was in response to the IRGC firing a surface-tosurface missile on the day before toward the Golan Heights, which was intercepted by the Israeli Iron Dome missile defense system.

Upcoming elections in Israel on April 9, 2019 do not suggest having any implication on Israel’s security policies towards Iran no matter what the outcome will be. On February 21, 2019, a merger was announced of former IDF chief of staff Benny Gantz newly-formed party ‘Resilience for Israel’ with Yair Lapid’s Yesh Atid party – the ‘party of generals’, considered by the majority of the Israeli voters as a centrist alliance. 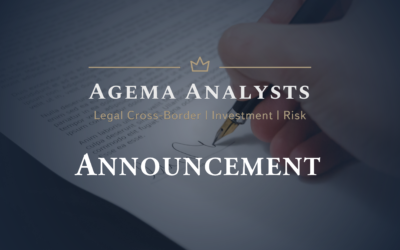 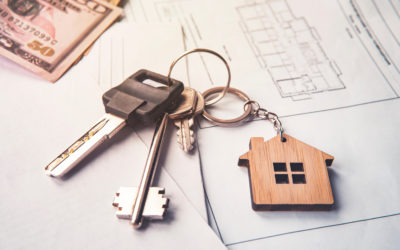