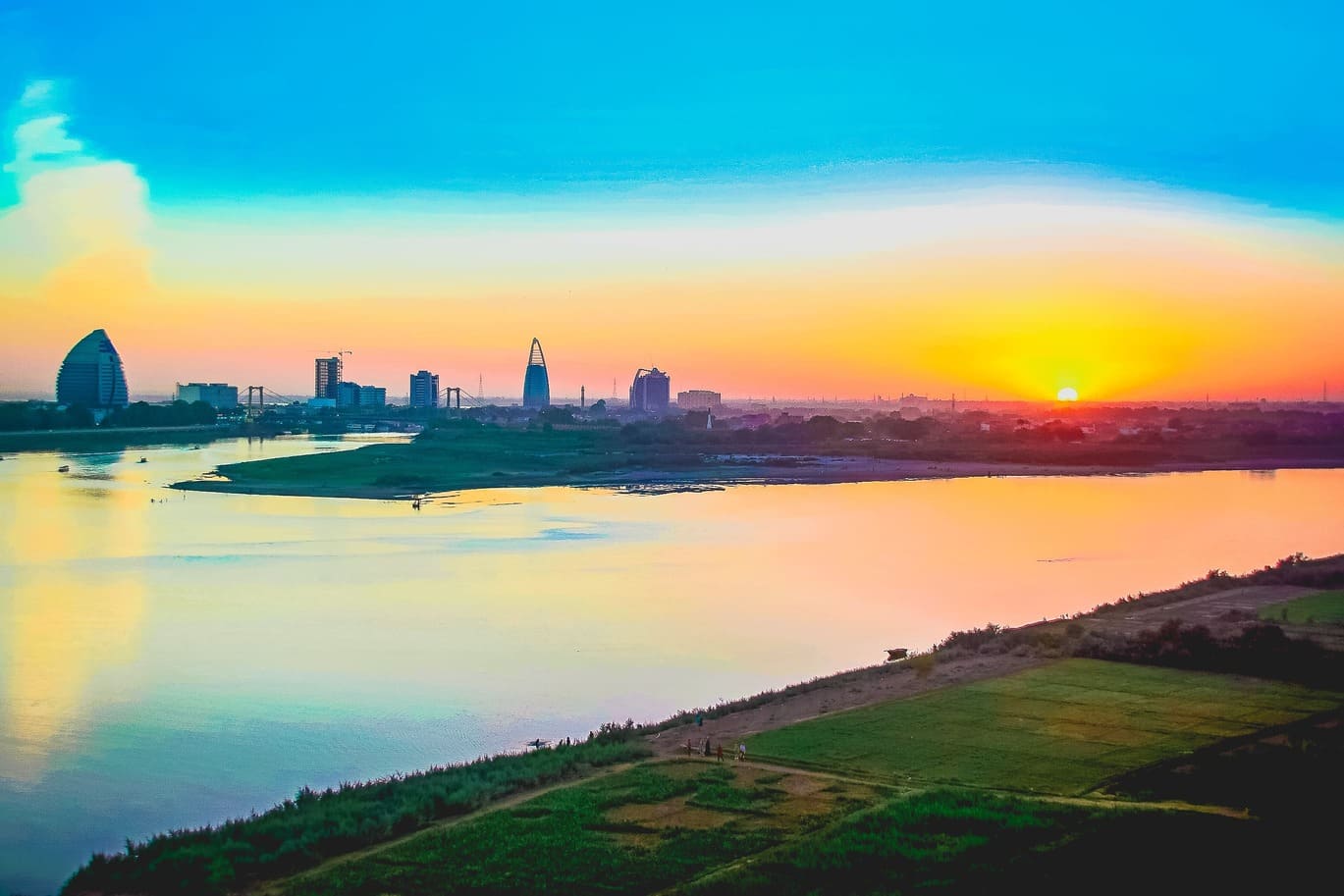 1. Background
Imposing SST related US Sanctions against Sudan On August 23, 1993 the US Government, under President Clinton’s administration, designated the Republic of the Sudan as a state sponsor of terrorism based on its findings that “Sudan harbored elements of the most violent terrorist organizations in the world: Jihad, the armed Islamic group, Hamas, Abu Nidal, Palestinian Islamic Jihad, Hizbollah, and the Islamic Group which were all present in terrorist training camps in Sudan. It argued that these terrorist groups were responsible for hundreds of terrorist attacks around the world that have taken thousands of lives. The US administration further highlighted that besides harboring terrorist organizations, Sudan has given refuge to several of the most notorious individual terrorists, including Imad Moughniyeh and Osama Bin Laden and that the Sudanese Government was an active supporter of these terrorist activities.”

As a result of the determination by the US Secretary of State that Sudan has repeatedly provided support for acts of international terrorism Sudan was designated pursuant to three laws: section 6(j) of the Export Administration Act, section 40 of the Arms Export Control Act, and section 620A of the Foreign Assistance Act. Thereby, the four main categories of sanctions resulting from designation under these authorities include restrictions on U.S. foreign assistance; a ban on defense exports and sales; certain controls over exports of dual use items; and miscellaneous financial and other restrictions. Furthermore, designation under the above-referenced authorities also implicates other sanctions laws that penalize persons and countries engaging in certain trade with state sponsors. Currently, there are four countries designated under these authorities including the Democratic People’s Republic of Korea (North Korea), Iran, Sudan, and Syria.

2. Shift in US Foreign Policy – Sudan
On October 23rd, 2020 President Donald J. Trump has informed the US Congress of his intent to formally rescind Sudan’s designation as a State Sponsor of Terrorism. This follows on Sudan’s recent agreement to resolve certain claims of United States victims of terror and their families. Consequently, on October 22nd, 2020 in fulfilment of that agreement, the transitional government of Sudan transferred $335 million into an escrow account for these victims and their families.

The delisting of Sudan from the SST list, one of the most restrictive and economically impactful US sanction regimes maintained by the US Department of State, would enable the Sudanese government to get access to vitally needed international aid, funding, debt relief and foreign direct investments from the US, EU, international organizations and countries supporting Sudan in its crucial transition to a civil and democratic society.

3. Sudan’s Window of Opportunity
In April 2019 president El-Bashir was removed from office as a result of large-scale popular uprising and demonstrations of the Sudanese civil society which started in December 2018 and were triggered by earlier continuous food price hikes. This led to the establishment of a Transition Government in September 2019 based on a powersharing agreement between leading representatives of the Sundanese civil society andleaders of the military forces largely backed by the international community and regional actors such as the UAE and KSA. Sudan’s transitional government has now the rare opportunity to pave the way for essential far-reaching institutional, political and economic reforms promoting much-needed foreign direct investments, foreign funding and diversification of Sudan’s hard-hit domestic economy. A delisting of Sudan from the SST list will make it easier for investors to invest in Sudan’s promising key sectors and unexploited opportunities. Sudan’s investment opportunities can be largely categorized in infrastructure and transport, agriculture, livestock, mining, energy and industrial sectors, among others. Sudan’s investment opportunities are plentiful. For instance, about 63% of Sudan’s land is agricultural, and only 15–20% of it is under cultivation, offering huge private investment opportunities.

Large-scale irrigated agriculture has the potential to create employment and increase national income and foreign exchange earnings. Non-food agroindustry can accelerate growth by developing value chains that diversify the economy to compensate for loss of oil revenues. Beside Sudan’s substantial agricultural potential, it is a significant producer of livestock within Africa and for the Middle East and can play a major role for countries adopting or intensifying their national food security policies such as Sudan’s’ neighboring GCC countries.

Sudan has invested heavily in infrastructure in recent years, with some notable achievements. Power generation capacity tripled in just a few years, rising from around 800 megawatts (MW) in 2005 to 2,687 MW in 2007, with a shift toward hydropower. Nevertheless, service reliability remains an issue. In ICT, Sudan has made enormous strides in liberalizing the sector and as a result has attracted significant private capital. Mobile penetration soared from less than 1 percent in 2000 to 33 percent in 2009. The connectivity to an undersea fiber-optic cable has led to expansions in access, improvements in quality, and reduction in prices. Addressing Sudan’s infrastructure challenges requires sustained expenditure of almost $4.2 billion per year over the next decade, mainly for capital investments.

The Higher Council for the Investment (the “Council”) and the National Authority for Investment (the “Authority”) are the designated regulatory authorities mandated with the enforcement and overview of the NIEA 2013 including licensing investment applications and process review all transactions of the projects, granting licenses and concessions, issuing decisions in co-ordination with concerned authorities. The Council, presided over by the President of the Republic of Sudan, in turn is the higher authority supervising the Authority and is considering complaints and appeals of the investors among other responsibilities.

The NIEA 2013 established a so-called “one –stop gate system” which integrates all essential ministry and authority services, approvals and proceedings, including payment of applicable fees against such services, relevant for investors during theirinvestment project setup procedure, Art. 17 NIEA 2013.

Important for investors’ assets, Art. 29 NIEA 2013 determines wide-ranging guarantees protecting investors’ project properties against nationalization, seizure or confiscation except for public interest against fair and immediate compensation and free transfer of profits and capital, among other safeguards.

In the event that legal disputes arising out of investments, Art. 39 NIEA 2013 grants explicitly access to (international) arbitration or reconciliation. With accession of Sudan to the New York Convention on 24 June 2018 (effective date of the Convention for the Sudan), Sudan has become the 159th Contracting State to the 1958 New York Convention on the Recognition and Enforcement of Foreign Arbitral Awards in accordance with its article XII (2). Sudan’s joining the New York Convention signalled its willingness to continue its economic reform process and to attract foreign direct investment by granting investors access to sophisticated international dispute resolution tools and thereby improving Sudan’s overall investment climate.

The relatively new Sudanese Arbitration Act 2016, dated 2nd February 2016 (“SAA”), is a pivotal legislation substantially increasing the transparency and efficiency of arbitration procedures regarding commercial legal disputes in Sudan. Thereby, Art. 3 SAA provides for a broad application of the SAA which stipulates that “subject to the provisions of international agreements, pertaining to arbitration, to which Sudan is a party (1) the provisions of this Act shall apply to every arbitration conducted in the Sudan, or abroad, where the parties thereof have agreed to subject the same to the provisions of this Act whenever the legal relation is of a civil nature, whether contractual or non-contractual”.

The Sudanese Companies Act 2015, replacing the Companies Act 1925, allows foreign investors either to incorporate a company registered in Sudan or set up a branch of a foreign company in Sudan.

5. Conclusion
Sudan’s fragile transitional government is currently in a critical stage in its endeavour to become a democratic and civilian ruled state. It faces domestic political challenges, deep frustration of its population due to worsening economic conditions and a severe economic crisis exacerbated by the financial impact of the COVID 19 pandemic, which severely threatens the transitional government’s reform process. Sudan’s Government is not only dependent on the goodwill but also on the active political and financial support from the international community and regional actors willing to see Sudan succeed in its burdensome transition. The US Government announcement to remove Sudan from the state sponsor of terrorism list is a welcome step in the right direction and crucial prerequisite for Sudan to obtain ample international backing, funding, investments and debt relief crucially needed to boost growth in Sudan’s weakened economy and to strengthen the transitional government’s political standing. A stabilized Sudan has significant growth potential with its geographical key location between North Africa and Sub-Saharan Africa and adjacent to the geopolitical strategic read sea region. Sudan has plentiful promising investment opportunities which are waiting to be explored by institutional and private investors.

Please contact us for questions relating to this Article or to specific inquiries to Sudan’s investment framework. 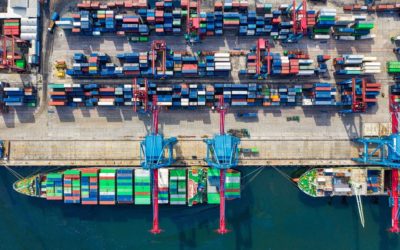 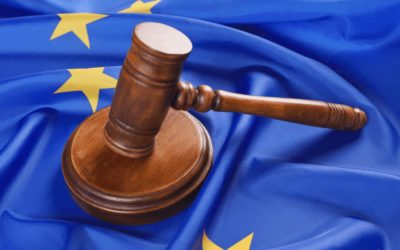 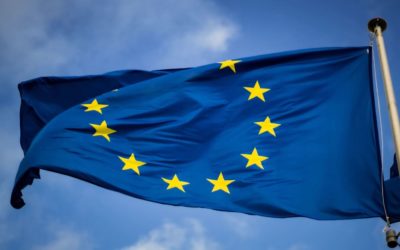